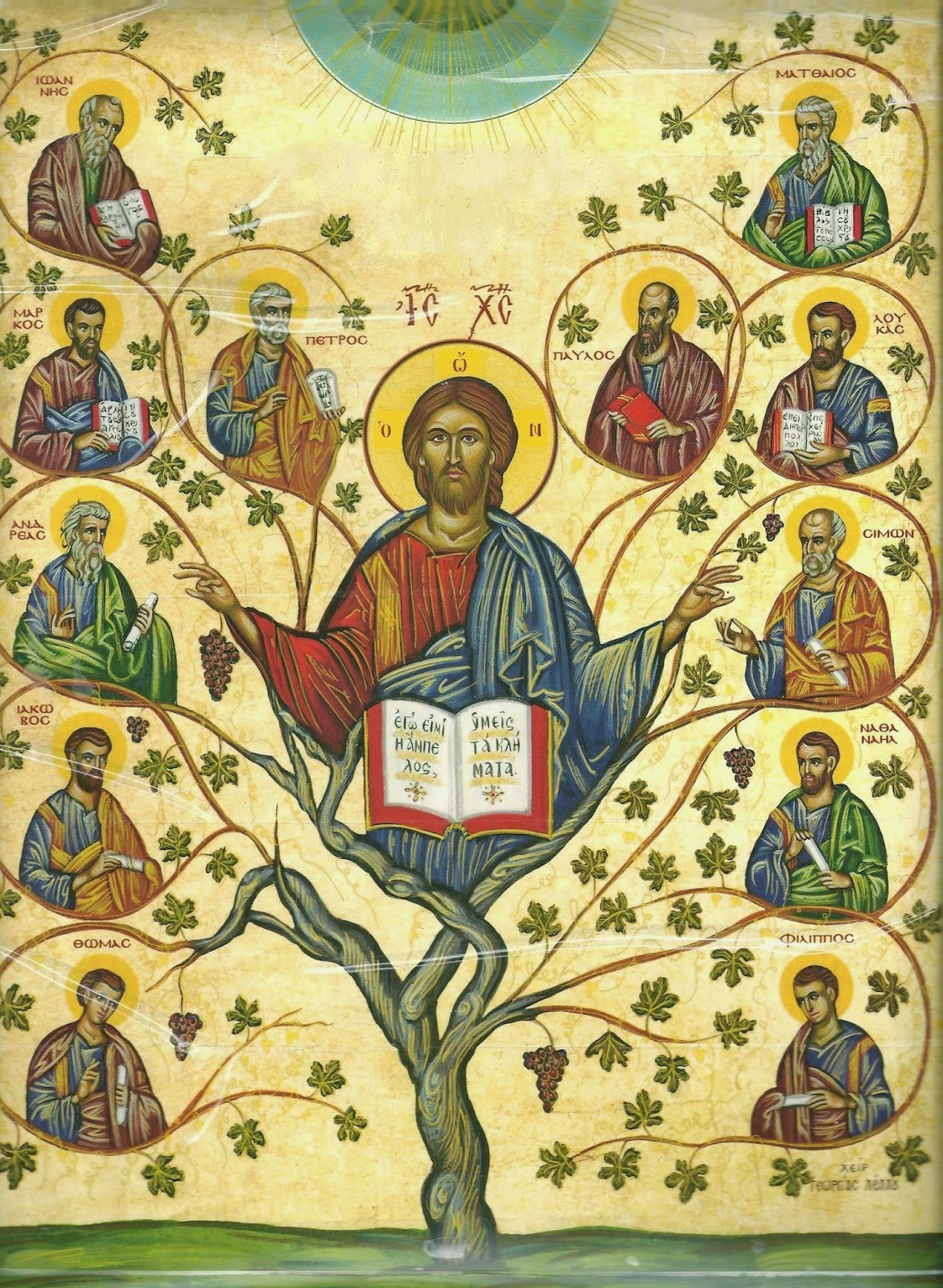 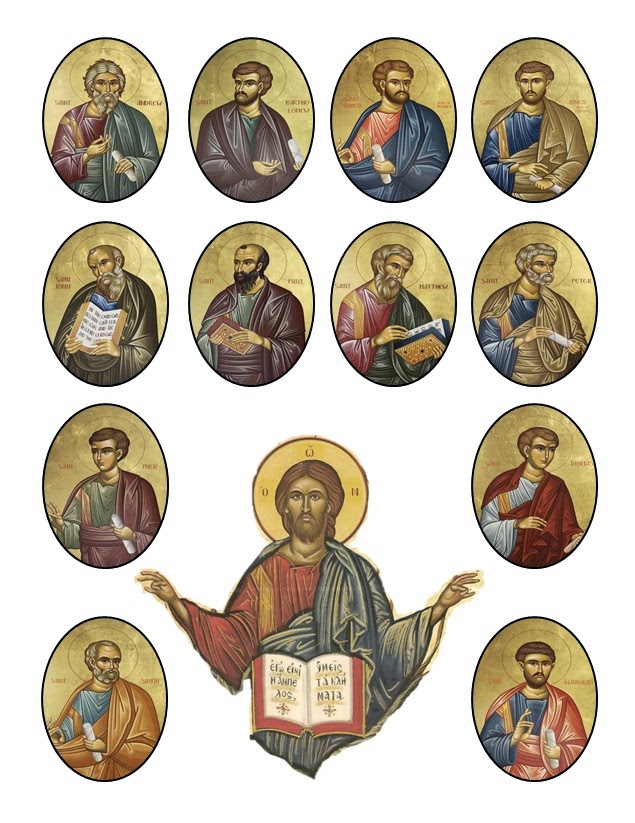 For the 'Apostles fast' in the Orthodox Church, and here's an activity to assemble the icon day by day until the feast on June 29/30. On the first day, the children will cut out and glue the icon of Christ in the center of the Tree, learning the memory verse, "I am the vine, you are the branches; he who abides in Me and I in him, he bears much fruit, for apart from Me you can do nothing." from John 15:5. Each day(s) to follow, focus on one Apostle at a time, reading their life, learning their experiences and placing them on the icon. Each has a troparion as well to chant!

Once the tree is colored by the children, it can be laminated, along with the icons.  We have placed velcro on the backsides, and the children re-attach the icons each year during the fasting period.

Teaching Points:
1. The "Apostle" - The term "apostle" ("apostolos" in Greek; a derivative from "apostellein", meaning "to send") signifies a special mission or "one who is sent."

2. Why Christ chose 12? We read from Mark 3: 14,15
"He ordained twelve that they should be with Him, and that He might send them forth to preach and to have power to heal sickness and to cast out devils." Twelve was the number of the twelve sons of Jacob who later became the leaders of the 12 tribes of Israel.  After Pentecost, Christ’s 12 disciples became the leaders of the “new Israel.” The number 12 was considered so important that very shortly after the falling of Judas Iscariot, the remaining 11 voted in a new Apostle by the name Matthias, so that there would be 12 once again

3. Why are they men? A symbol of the ordained priesthood of men and of Christ's own gender, however, remembering that later on the Church honors other female Saints with the title "Equal-to-the Apostles," without showing any discrimination in gender, rather only designated roles. 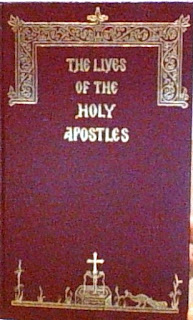 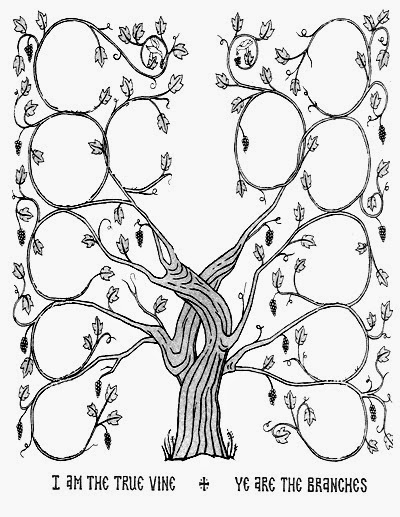 4. What they each hold? Notice the scrolls from the icon of Pentecost, which the figure "Kosmas" holds representing the people of the world living in darkness and sin, and involved in pagan worship. The scrolls represent the teaching of the Apostles of the Holy Gospel which they carried as a message  to all parts of the world. Try to find the Evangelists, who hold an open Gospel book, or Saint Paul who holds a collection of letters.

5. How the Tree extends? The Apostles organized the converts and formed what we know today to be the One, Holy, Apostolic Orthodox Church, who has kept the Holy Tradition of Apostolic succession. In other words, each and every ordained priest of the Orthodox Church can trace his authority back to one of the Apostles, through each Bishop and Patriarch. This continuation is nothing short of a miracle of the Holy Spirit and of Christ's promise.

Today, every baptized Orthodox Christian has been grafted into this Tree, as Saint Paul spoke of in
the book of Romans, chapter 11, " If some of the branches have been broken off, and you, though a wild olive shoot, have been grafted in among the others and now share in the nourishing sap from the olive root,..." 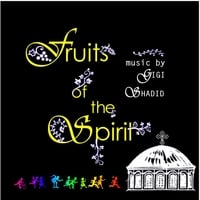 SONG activity:  If you are able, try learning the Troparion for the feast. Another fun idea to help learn the names of the disciples by heart, is from the CD by Khouria Gigi   TRACK 9. It's a family favorite of ours!

This continuation is nothing short of a miracle of the Holy Spirit and of Christ's promise.

Helpful post for the readers that are searching for 12 Apostles. Thank you so much for sharing this with us.