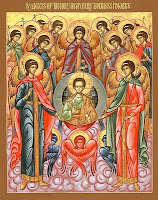 One often says the youngest of children can see the angels in the Orthodox Church, chasing them through the pews. You may have even read of holy priests encountering angels in the altar. Most of us however, have lost our innocence and the ability to see such visions, unless God so chooses. Angels are mostly referred to as the "invisible" of God's created beings! However, they are not "unknown" as their actions stand alone as proof of their existence and service to our Lord. Learn more below!

1. Angels have two roles: the first is in Heaven to glorify God, and the second on earth to carry out God's orders concerning men.

2. The word "angel" itself means herald or messenger.

6. Angels are different than us because they are bodiless and invisible. They don't need to eat or drink, nor do they need clothes or shelter. They don't get married and they have no worries about the future, or fear of death. God created them good and holy.

7. Angels are like us because they have names and personalities. They are individuals with intelligence, emotions, free will and the capacity to act. 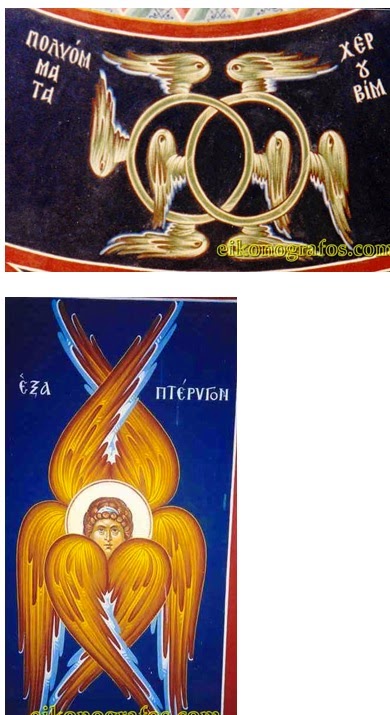 8. In the Bible and Holy Tradition, angels have done many marvelous things! Archangel Michael guarded Paradise, an angel of the Lord appeared to Moses in a flame of fire, Three Angels appeared to Abraham giving us an image of the Holy Trinity, an Angel saved the three youths in Babylon from death in the midst of the burning fiery furnace, Archangel Gabriel nourished Panagia as a child living in the Holy of Holies and later brought to her the news of Christ's incarnation, Archangel Gabriel appeared to Zacharias (the father of St. John the Baptist) to announce the coming of his son, an angel appeared at Christ's tomb to announce His Resurrection, an angel of the Lord opened the jail cells of the Apostles, the angels will create a throne for our Lord Jesus Christ at His second coming.

9. Our Orthodox Church has dedicated Monday to the holy angels. Therefore, every Monday in the church services we are reminded of the holy angels with praise and prayer: We say "Holy Archangels and Angels, pray to God for us."

10. Everyone Orthodox Christian receives a guardian angel at the time of Baptism and asks for its intercession before God with the following prayer,

"O Holy Angel of God, guardian and protector of my soul and body, forgive me every transgression which I have committed this day. Deliver me from all evil influences and temptations, so that I may not anger my God by any sin. Pray for me that the Lord may make me worthy of His grace and to become partaker of His eternal Kingdom with the help of the Blessed Virgin Mary and of all the Saints. Amen."

St. Basil the Great says: "The angel will not retreat from us, unless we drive him away by our evil deeds." 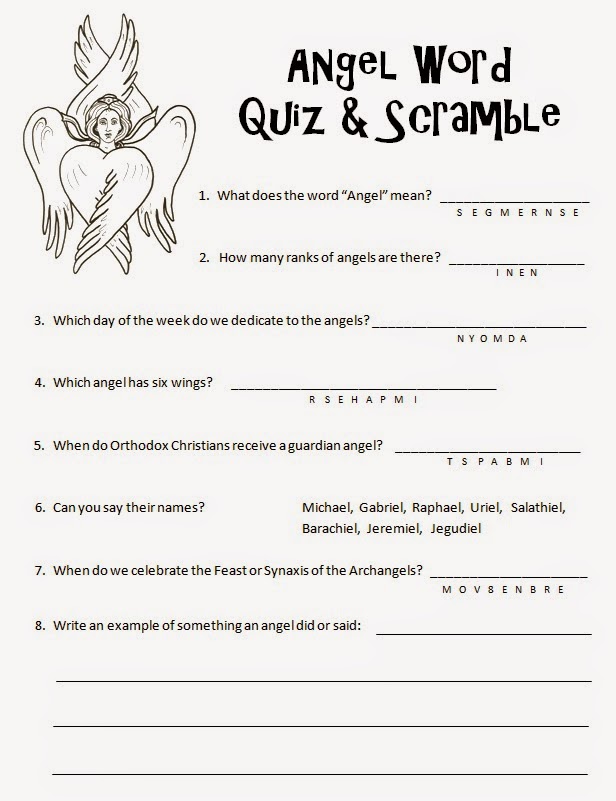 For more in-depth info on angels, see the article compiled by Archimandrite Nektarios Serfes at http://fr-d-serfes.org/orthodox/angels.htm

"...what the Angels and saints do in the heavens, we should learn to do on earth: get used to the angelic, unceasing standing before God in our hearts. Only he who reaches this state is a true man of prayer."

You have a beautiful blog. May God bless you always!

I love your blog! I use it as a reference for my toddler :) Keep up the good work!

This is wonderful! Ace celebrates his nameday this Saturday and this will be great to read with him. Thanks!! I listed your blog in a list of Orthodox blogs for Presbytera Georgia's retreat for Advent. Hope you don't mind...

My kids often ask me about angels.

Thanks for your support everyone...The encouragement is much appreciated ~

Also a great post about angels with their corresponding icons located here:

We'll be chanting with our youth

"Holy God, Holy Mighty, Holy Immortal, Have Mercy on Us."

as well as retelling the miracle of this hymn that was communicated to a boy who was taken into the clouds while living amongst the earthquakes of Constantinople. When he was returned to the people, he taught them this over and over until everyone learned to chant it!

Also, we'll be having a show and tell with the two fans that our altar boys carry at the Small Entrance since they symbolize and show the Cherubim and the Seraphim that are celebrating the Divine Liturgy in the heavenly Jerusalem with Christ at the same moment as us on Earth.

As the angels, we too give doxology to our God and Creator!

Hi, you have posted such precious and informative article which gave me lot of information. I hope that you will keep it up and we will have more informative and helping news from you. Thanks | Dissertation Writing Services